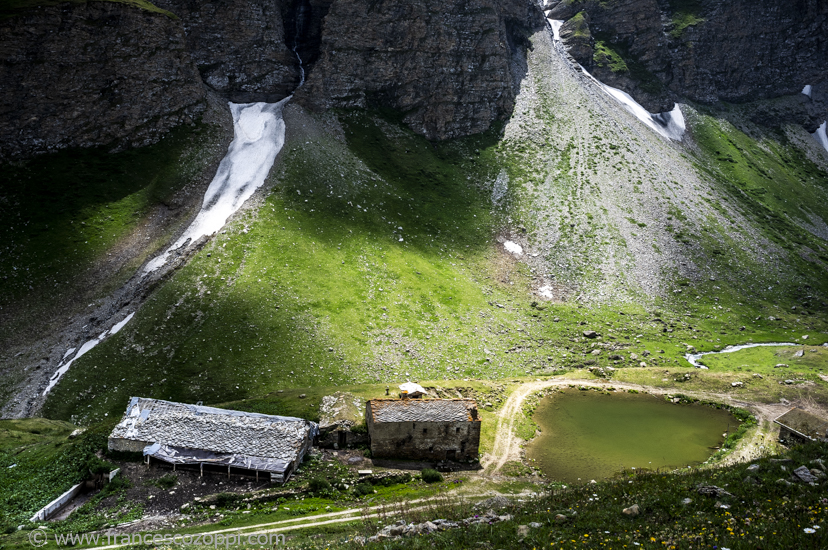 The picture has been taken in La Thuile (Valle d’Aosta) close to the Alpine Pasture; it is a series from the project De la vache à la fontine.
A surreal calm surrounds these places, which resist the changes of time, proudly continuing with their antique traditions. There are two protagonists in the thousand year old history of the Valle d’Aosta tundra: man and cow. The ancient practice of fontina cheese making is passed down from father to son, and still today solitary and silent shepherds show the next generation, who are now mainly Moroccan immigrants, consequently rewriting history into a genuine multi-cultural society, translates them into richness for man and his land.
Working days repeat themselves cyclically during the season when the cows are brought out for mountain pasture for a period that lasts from May to September, while during the winter they rest in the cowsheds placed down in the dales, where a milder climate and a forage based on hay ensure that the cheese gets that unique flavor and nutritional characteristics. When the milking of all cows ends it’s the turn of milk processing; the milk is put in huge copper pots and the rennet is used to thicken it. After 45 minutes in this coagulation process the milk changes status and you can see lots of lumps, like the cottage cheese. Then this lumpy milk is warmed up to 40°C until it becomes a oft cream. This soft dough is then transferred in circular containers in order to be put under pressure and release all liquids left. Then the rounds of cheese are aligned on wood boards to mature in big cellars dug in the mountain rocks.
Hundred liters of milk are used to make a round of fontina, creating a tight relationship like the one between man and cow…de la vache à la fontine. 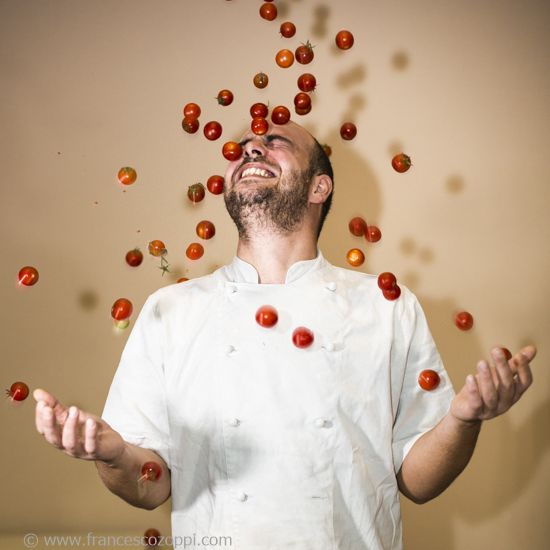 Salted Cod over a water tank 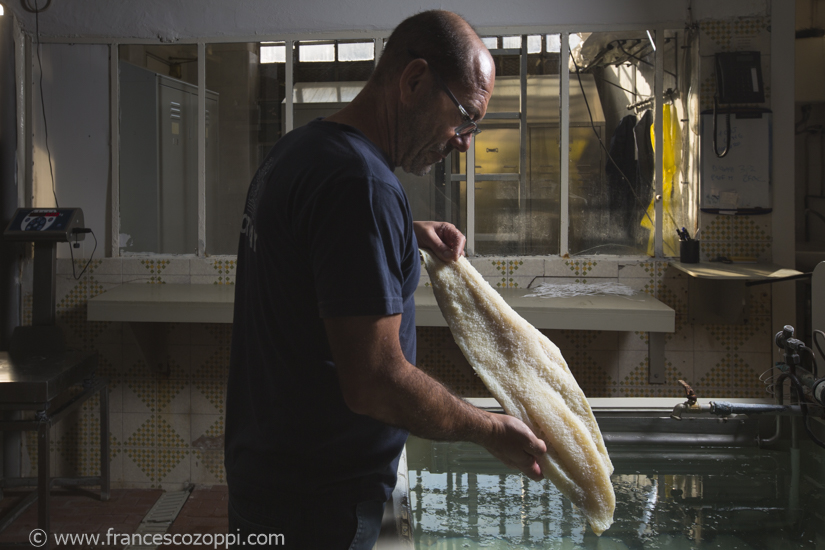 In the picture Riccardo is working a Salted Cod putting it inside a dedicaed tank.

Norway s.a.s at S. Martino in Genoa It was founded more than forty years ago, mainly because of the passion of the owner, who each year travels to Norway to choose for yourself the codfish and the best cod

Upstream cods is our way to tell people the story, using pictures, about stockfish and salted cod, how these two products gets fished, prepared and presented to everyone’s table.
The meaning of Upstream Cods is to follow the full production chain backwards: we’ll start from Liguria’s festivals and restaurants concerned stockfish and salted cod, going upstream to the Lofoten islands, Norway, where the cods are fished and prepared to be sold to public, as we know it…be sure that we are also going to snoop around on how they are cooked in their native land. And, by the way, will photograph the natural beauty of these remote islands located beyond the Arctic Circle! 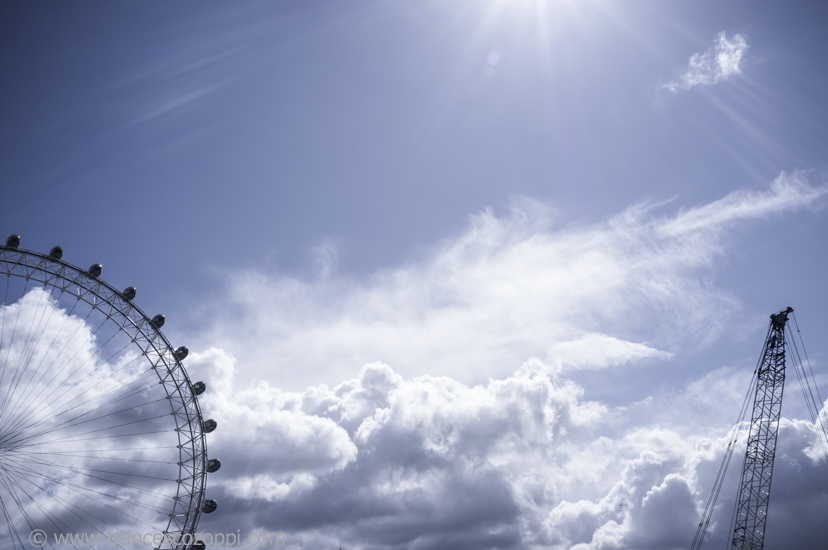